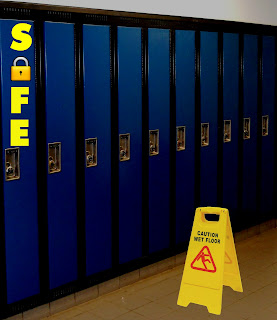 I chose to do my artwork using an original picture taken from inside our lovely OLOL hallways. I decided to have the light source coming from the top left corner of the lockers and fading to the right. I chose to use the word "SAFE" for my image due to the fact that my original image was of lockers which represent a safe location to keep belongings. By adding the lock to represent the letter "A" the picture is again playing with safety as locks represent locking something so nothing can be stolen. The wet floor sign I added to create a sense of thirds, one third contains the word, one third contains the lockers, and one third contains the wet floor sign which also represents safety. The sign plays with safety a little differently because the signs are meant to caution people and keep them safely away from danger. 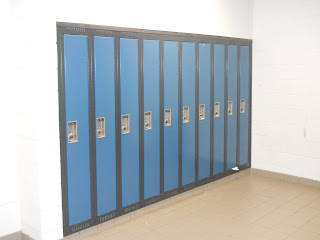 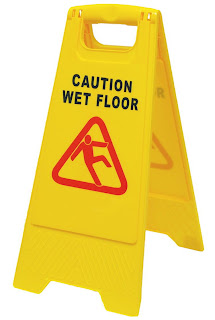 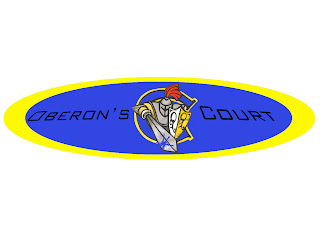 For my Lourdes street sign I decided to keep it simple with the two Lourdes colours, standard oval shape, and the crusader logo. I did not want to give the the sign an over the top look or put too much detail into it because it is for a school environment, where people are rushing around and need a simple sign that can clearly tell them what hall they are in. I also believe in having a simple sign to keep the look and feel of the school classy and clean. Having the yellow border with the yellow outlining of the "C" adds a cool look to the picture that would not be achieved with a black "C". All words could be formatted for this sign by playing with positioning and font size.
Posted by Graham at 11:27 AM No comments: 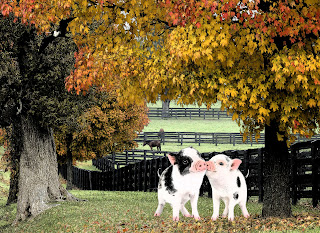 The theme of my image is loving pigs. I chose a classic farm background which is generally a loving peaceful place that would promote a positive attitude towards the picture, which is very important with this specific image. It is key for these pictures to have a positive representation of pigs so that the viewers are not turned off to the pigs which would result in a decrease in sales. I originally had the horse in the distance covered by the pigs but realized that it gave the picture a depth perception. The bird I added in the top left corner was intended to have the same effect. As for the main focal point of the picture the pigs originally looked very pasted on so I counteracted this by reducing the opacity. I also added some leaves of the pigs feet but not to much because there is not usually leaves covering animals feet. The final step that I finalized the picture with was the "ink outlines" filter to give it more a farmy look and great more positive warmth.
Posted by Graham at 11:36 AM No comments: 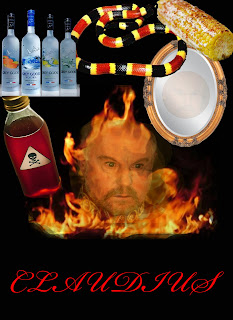 Diseased Cob of Corn -
He is like a diseased cob of corn because he is diseased and therefore he infects the whole crop feild. This is symbolic
because Claudius is ruining all of Denmarks reputation and is infecting all of the citizens.

Alcahol -
Claudius is an alcaholic. He is always drunk and this is obviously is affecting Denmarks reputation aswell. Fortinbbras
and company are assuming if Denmarks king is and alcaholic then the rest of Denmark must also be as weak and vulnerable as
Claudius.

Snake -
I believe Claudius is a snake because a snake is a slimy slithering negative stereotyped animal. I am aware of the comparison
of Rosencrantz and Guldinsteen to snakes but i believe Claudius is also a slim ball aswell. After the crimes Claudius has
committed of killing his brother, the king, Old Hamlet and committing insest with his wife Gertrude.


Poison -
Claudius is poison for all of Denmark. He is a selfish heartless man who robbed himself of all dignity he may have still had.
He kills Old Hamlet with poison in the orchard and in a sense kills Gertrude and Hamlet also. Gertrude speaks of having no
life left and Hamlet is obsessesd over this and killing Claudis, it takes over his life.

Mirror -
A mirror represents Claudius very well because he is a self centered man that could care less about anybody elses life. He
would stop at nothing to become king and murder his own flesh and blood to get there and to top it all off he marries
Gertrude. He does not care about Hamlet and we can see this when he immediatly sends his to England. He will stop at nothing
to keep his crime undercover.

I chose to put a black background because it represents a negative feel and adding to my negative depiction picture of Claudius.
The flames that are engolfing his face are also an attempt to give Claudius a negative vibe. Finally, i decided to do the
letters in red because blood is red and Claudius in a sense has blood on his hands, that can not be washed off.
Posted by Graham at 11:03 AM No comments:

With the rap persona in my mind I wanted to keep the general tone of the cover dark and black. But I thought having the white and grays on a black background would make them stand out more dramatically. In the top left corner I originally had it blank but the image was evidently not balanced and needed something in the corner. Not wanting to add too much to a simple CD cover I duplicated the bird on his chain, but changed the colour to match the cartoon Gucci skin tone, to avoid having too much white. The stacks of money in the bottom right corner goes with the rap scene of sex, drugs and illegal activity. Overall I was going for a simple dark toned look to emphasis the 'darkness" of the rap music.
Posted by Graham at 11:29 AM 1 comment: 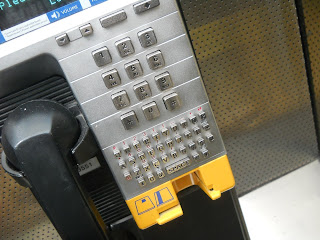 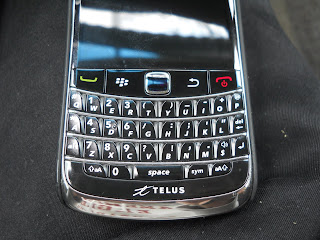 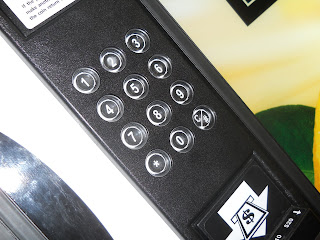 My theme is buttons. They all blend togethor by having various buttons for example the keyboard on a blackberry, the buttons on a vending machine and the numbers and letters on a pay phone. I chose to do this theme hoping some of the filters would make the letters and number stand out. The filters I chose were used because I did not want the images to be to easily identifiable, but easy enough to make out without too much effort. The filter on the blackberry keyboard turned out to give the appearance of an underwater atmosphere, the call and end call coloured buttons turned out really unique under this filter. The vending machine filter turned everything to a distored black and white giving the numbers a shaded look to them. This is one of the reasons I chose this theme because you can not immediatly tell what are on the buttons but without too much trouble you can indetify them. Finally, with the pay phone the keyboard and buttons are somewhat detactched from their keys. All colour was turned black or dark except for the light source at the top of the image. These keys are easier to make out but the object itself takes a second look to completly figure out what it is. I was also unaware that the pictures were suppose to line up, I dont like when artwork is organized and "proper".
Posted by Graham at 11:43 AM 1 comment: 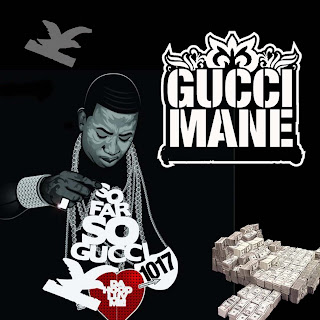